While not a diamond, the infamous cursed gemstone known as the Delhi Purple Sapphire has a history of misfortune and tragedy for those

who have been unfortunate enough to have owned it. Mistakenly thought to be a sapphire, the colorful but otherwise unremarkable oval shaped amethyst is mounted in a blackened silver setting, covered with astrological and alchemical symbols along with two carved scarab beetle gemstones.

The origin of this haunted gemstone starts in India, where it was said to have been looted from the Temple of Indra during the murderous Indian Mutiny of 1857 by a Bengal calvaryman named Colonel W. Ferris. Ironically, the temple honored the Hindu deity of war and weather. Ferris stole the 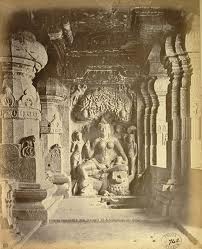 The Temple of Indra

amethyst from the temple, and took it home with him to England, where he and his son, who inherited the gemstone after Ferris’ death, were afflicted with many difficulties, including health and financial ruin. A family friend who took possession of it committed suicide while the gemstone was in his possession. In a macabre twist, the friend willed the gemstone back to Ferris’ son.

The amethyst was later acquired by the unwitting Edward Heron-Allen in 1890. A celebrated author, scientist, scholar and friend to Oscar Wilde, he was perhaps the least likely of owners of the Delhi Purple Sapphire to succumb to the curse. Immediately after acquiring the amethyst, he was beset by misfortune after misfortune. He tried to get rid of the stone several times, by giving it away to two of his friends. One was a singer who lost her voice, the other similarly beset with misfortune.  Both immediately gave the amethyst back to him as quickly as they could to relieve themselves of the cursed stone. In his fear, Heron-Allen threw it into the dark and 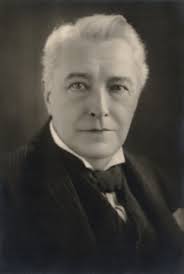 dirty waters of Regent’s Canal to rid himself of it. A mere three months later, a dredger discovered the amethyst who then sold it to a jeweler. The jeweler recognized the gem and returned the amethyst to Heron-Allen, whose belief in the curse only intensified.

He had the gemstone locked away in seven different boxes, sealed with protective charms and sent it to his banker with instructions to never open the box. After his death, his family bestowed the gem to the London Natural History Museum. Heron-Allen had included a note in the boxes which read “This stone is trebly accursed and is stained with the blood, and the dishonor of everyone who has ever owned it.”

“Whoever shall then open it, shall first read out this warning, and then do as he pleases with the jewel. My advice to him or her is to cast it into the sea.”

The curse apparently did not end with the museum’s ownership. John Whittaker, who was 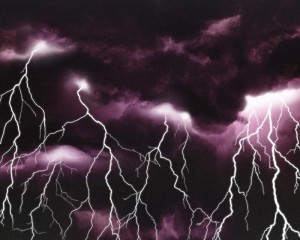 in charge of transporting the gem to the first symposium of the Heron-Allen society, experienced several problems when traveling with the stone. First he was stuck while driving in an incredibly violent thunderstorm. “the sky turned black and were overtaken by the most horrific thunderstorm I’ve ever experienced…we considered abandoning the car and my wife was shouting ‘Why did you bring that damned thing??” On the eve of the second annual symposium he was incapacitated by a violent case stomach flu, and he was unable to attend the third symposium due to kidney stones.

Undeterred by the curse, the Natural History Museum of  London decided to display the amethyst as part of their precious gemstone collection at the Vault in 2007. 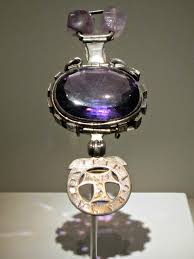 The Delhi Sapphire on Display

To this day, none of Heron-Allen’s descendants will touch the gemstone.

What is an Eternity Band?

Magnificent items from you, man. I’ve be aware your stuff prior to and you are just extremely great.
I actually like what you have bought right here, really like what you’re saying and the best way
by which you are saying it. You make it entertaining and you continue to
take care of to stay it sensible. I cant wait to read much more from you.
This is actually a terrific website.